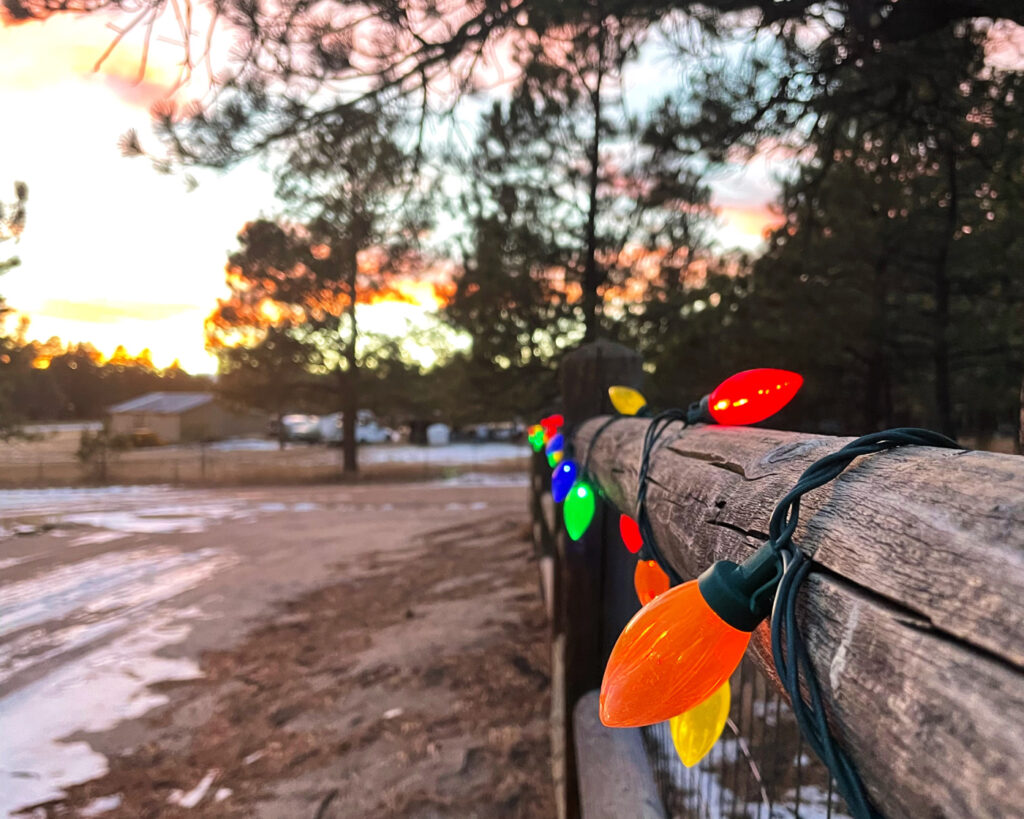 I grinned country-mile wide as my friend, Jen, told me about her neighborhood’s propensity for playing practical jokes on one another. The entire gang good-naturedly gave as well as they got, and one time they got Jen and her family especially good.

The shenanigans were discovered on a late summer evening when Jen, her husband, and her three kids returned home from a family vacation. Jen, first through the front door, stepped into the dark entryway of their house. As she walked the familiar path from the entryway toward the living room to turn on a light, she startled herself by running right into a piece of furniture. Thrown for a loop, she immediately slowed her pace and felt around for what blocked her path. It appeared to be the coffee table.

After walking around the coffee table and stumbling into an armchair, she finally reached an end table holding a lamp. She turned it on, and then her mouth dropped open. While she and her family vacationed, the neighbors had snuck inside their home and played furniture Tetris by completely rearranging their living room sofa, tables, and chairs.

Grinning wryly, Jen took in the scene before her as her family members trickled in. They stared at the same room with their belongings, but everything was situated in an entirely new way — even the rugs and kids’ toys were in unfamiliar locations. Until they could either get used to the new arrangement or put everything back the way it was, Jen and her family had to walk around that room a little differently, a little more slowly.

When you walk through a new season of change, isn’t it much the same? Until you get used to the new lay of the land, you must take your time and take it slow.

In her book, The Art of Slow Writing, author Louise DeSalvo talks about how after 9/11, many novelists had to relearn how to work and write. She says, “When our lives change, when the world changes, we must reinvent ourselves as writers.”

I definitely felt that life change after 9/11, especially since we lived on a military base at the time. More recently, we’re all navigating another major event: the pandemic. With it, I can see how once again we’ve had to reinvent how we move about in our work and play.

This is true for any of us walking through a new season, writer or not. In a way, we must reinvent ourselves as we maneuver lives that look so foreign from before. At the very least, we must get used to the new circumstances and move around them differently.

This doesn’t mean you won’t have to move quickly through some of the changes your new season brings. But it does mean you will need to give your heart the time it takes to process through these changes. It means you will not shame or talk down to yourself for taking this time. Change can move our bodies into new territory, and it may take our hearts and souls a little time to catch up. We must give ourselves the gift of rest for this to happen.

Read on at my second writing home of (in)courage? 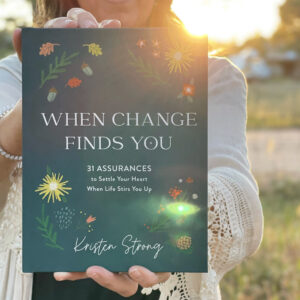 Also, for more encouragement through your life change, check this out for yourself or perhaps for a friend?

(Above link is an affiliate link.)