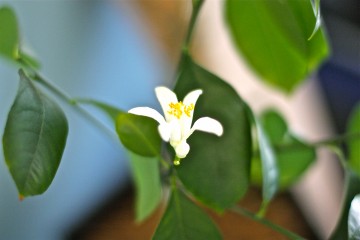 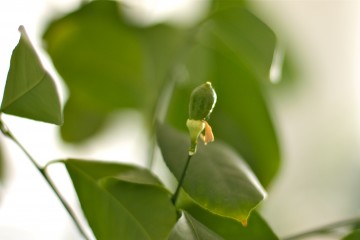 “How do we measure the size of a fire? By the number of firefighters and fire engines sent to fight against it. How do we measure the seriousness of a medical condition? By the amount of risk the doctors take in prescribing dangerous antibiotics or surgical procedures. How do we measure the gravity of sin and the incomparable vastness of God’s love for us? By looking at the magnitude of what God has done for us in Jesus, who became like a common criminal for our sake and in our place.”  ~Fleming Rutledge

Since last Mother’s Day, my little lemon tree gift sits in our dining room like the quiet kid at the back of the class. She’s not causing problems, but not contributing much, either. That is, until recently when she decided to shoot a hand in the air in the form of lily white flowers. We couldn’t help but swing our heads around and admire their beauty and divine smell.

Then, just a few days ago, my son pointed out the makings of teeny tiny lemons. After a whole year, our tree has fruit! But before the lemons could burst forth in all their citrus glory, the flowers had to shrivel and die.

I don’t know why it’s so hard to accept that sacrifice comes before the fruit. 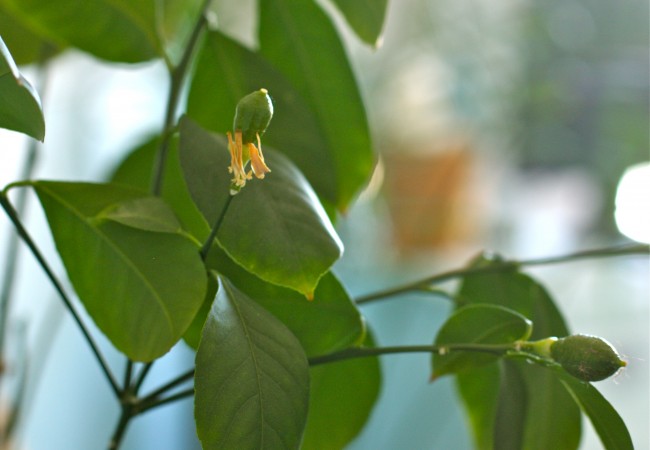 I’ve always struggled a bit with Easter, and I thought it was because the sacrifice – the barbaric behavior that resulted in the bloody and broken body of Christ – makes me squirm. How could people treat someone – let alone Jesus – like that? But I’ve discovered what really makes me incredibly uncomfortable is knowing I helped put Him on the cross. My sins are nails and thorns and choruses of crucify him.

I’m the one who’s bloody and broken who deserves the worst but receives the best. It just doesn’t sit well but a gift is a gift and I open my hands to receive it once again: With Jesus’ sacrifice, the knowledge of the incomparable vastness of God’s love for us.

His sacrifice, your saving grace.

His sacrifice, your abundant fruit.

May you walk light and free in the power of His resurrection knowing God loves you more than you’ll ever fathom.

Have a blessed Easter week, friends.