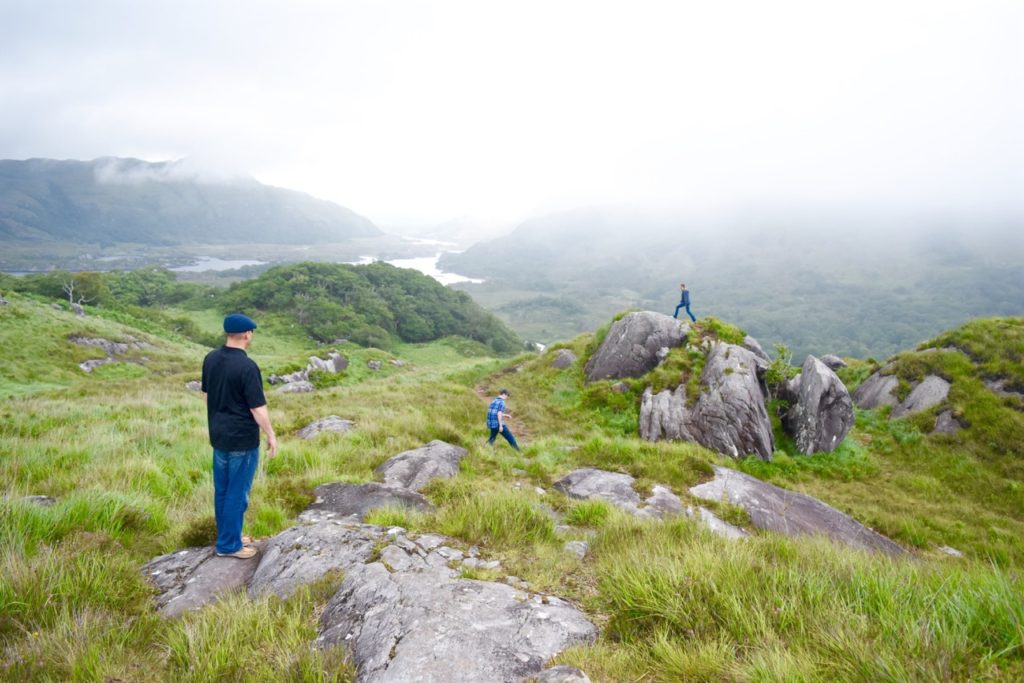 I’ve missed you more than Earl Grey tea and scones with orange marmalade. Oh yes I have. We’ve had such rainy days here in Colorado Springs, so a hot cup of Earl Grey sounds doubly good right now.

We arrived home from our vacation mid-July, and I’m still reveling in the memories. Y’all, we had such a fabulous time. Also? We were all so happy to be home. Yes and amen.

We learned so much on this trip, and and one of my favorite things learned was summed up by a kiddo a few days ago:

“Ya know, after traveling to Europe, the world feels a lot smaller now than it did before.”

I think this is one of the biggest gifts of travel, the awareness of our connection to others while simultaneously helping to push our worldview beyond our front driveway. For years, the military did a great job teaching us this. But since we’ve been camped in Colorado Springs for 7 years now (#FeelsLikeForever), we appreciate the refresher course our vacation afforded.

With this in mind, I wanted to share other things I’ve learned whilst ( 🙂 ) on vacation. Originally taking a cue from favorite writer Emily who invites us to share things learned from time to time, I do so because it’s good to see what God offers me within each season. I think it’s doubly fun to consider this when reflecting on vacation!

What I Learned in the UK + Ireland: 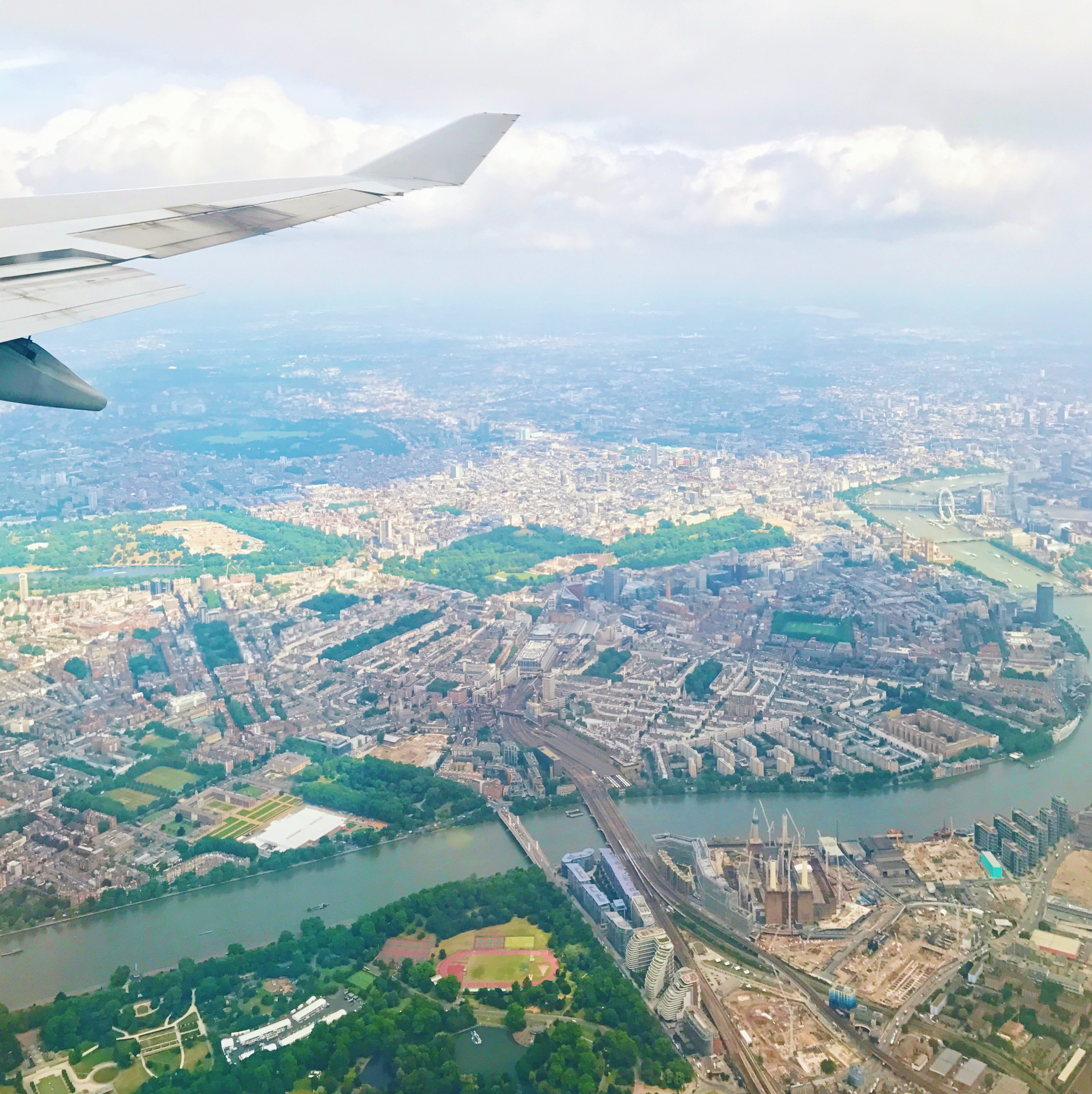 1. If someone pulls the fire alarm when you’re in customs at Heathrow Airport, the powers-that-be will tell you to do an about face and walk further and further and further into the bowels of the airport. Where, I might add, there are no windows. Or doors. Or anything that looks like a secure exit strategy. All was well, but I gotta say, it was a tad bit disconcerting in the moment. 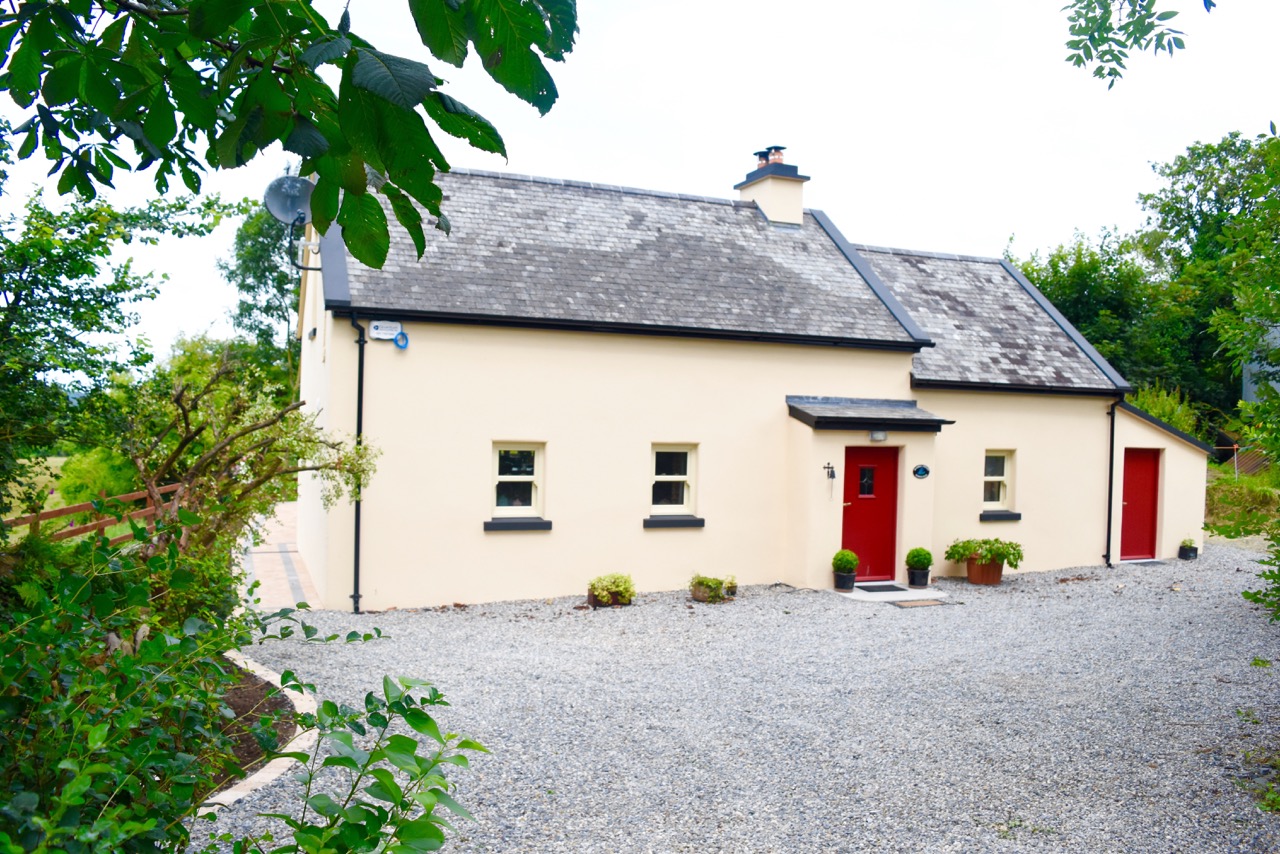 2. Airbnb is positively glorious. We’ve never used Airbnb before this trip. I’m not sure why, except for my irrational fear that killers may be hiding in the closets. But after looking into many different hotel options and discovering that our family of 5 would generally be separated into 2-3 rooms, we checked out Airbnb. And HOLY SMOKES it is the way to go. Our family stayed in several flats/cottages all together, *and* the price was significantly cheaper than hotel rooms every single time. I’m a total convert. 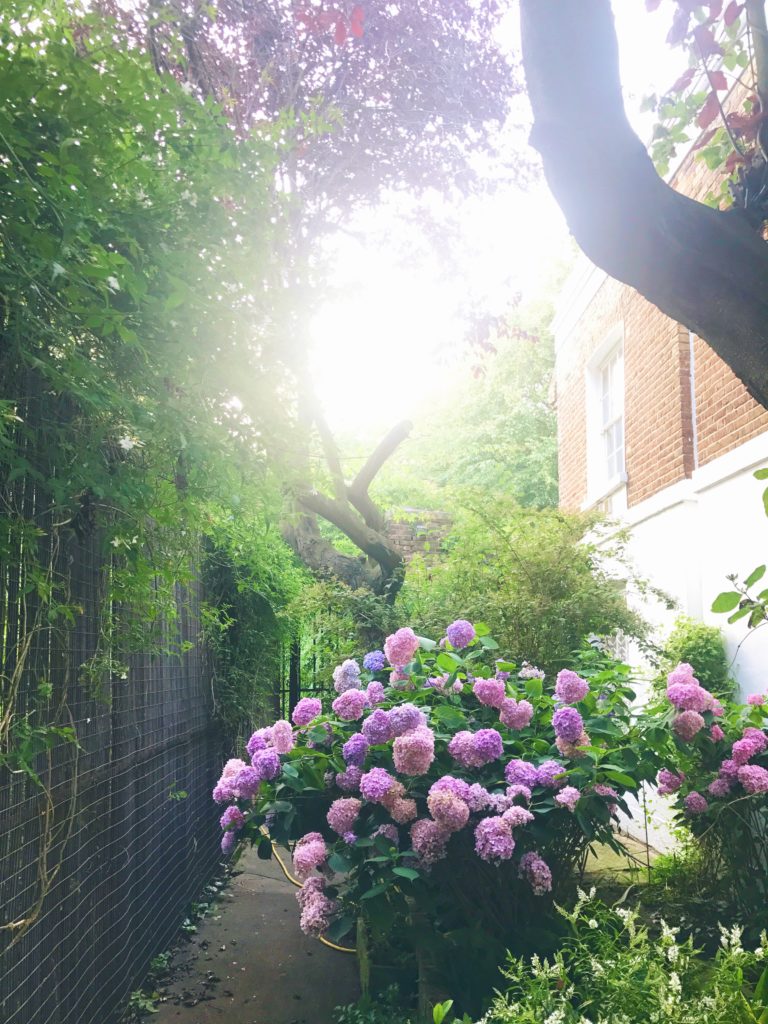 3. Even the most forgotten alleys of London are magical. 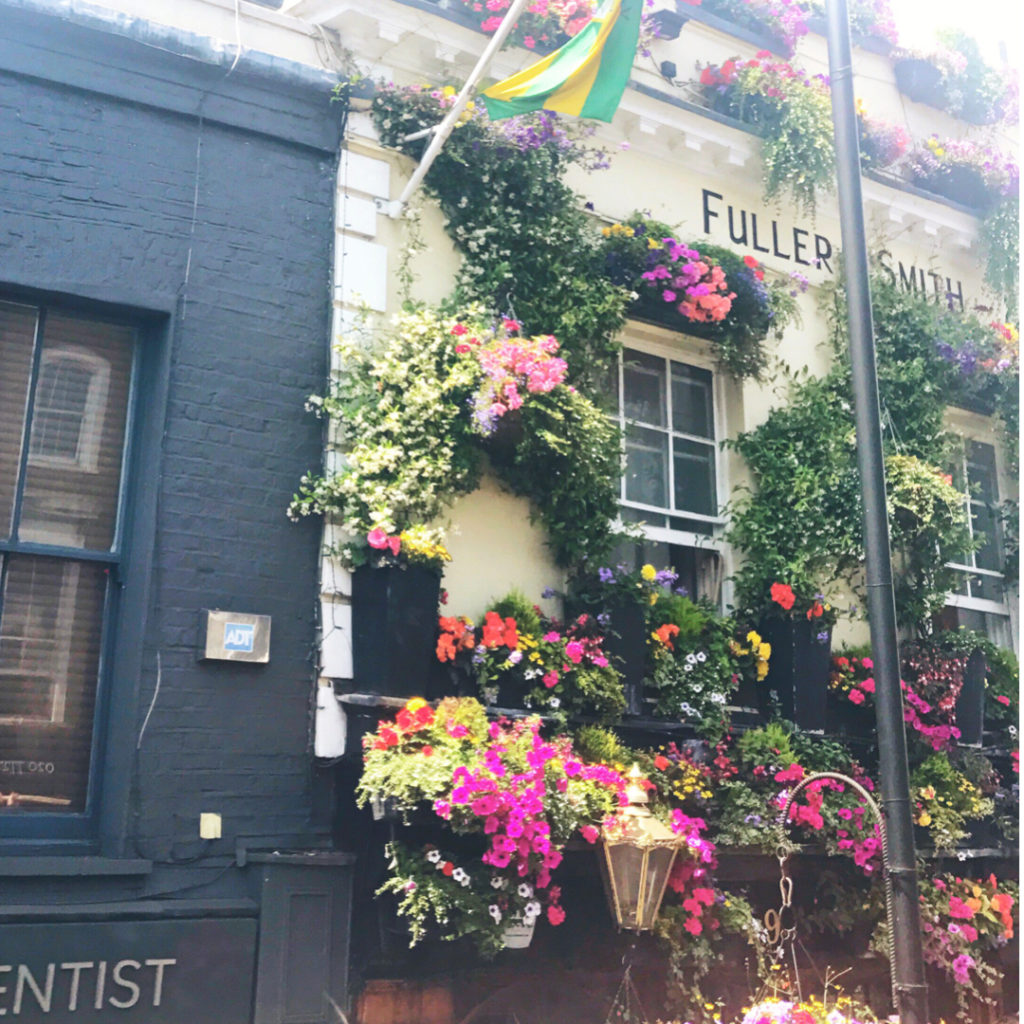 4. Flowers spill from everywhere. Flowers are a ministry I can never get enough of, and businesses and homes there shower flowers like crazy. 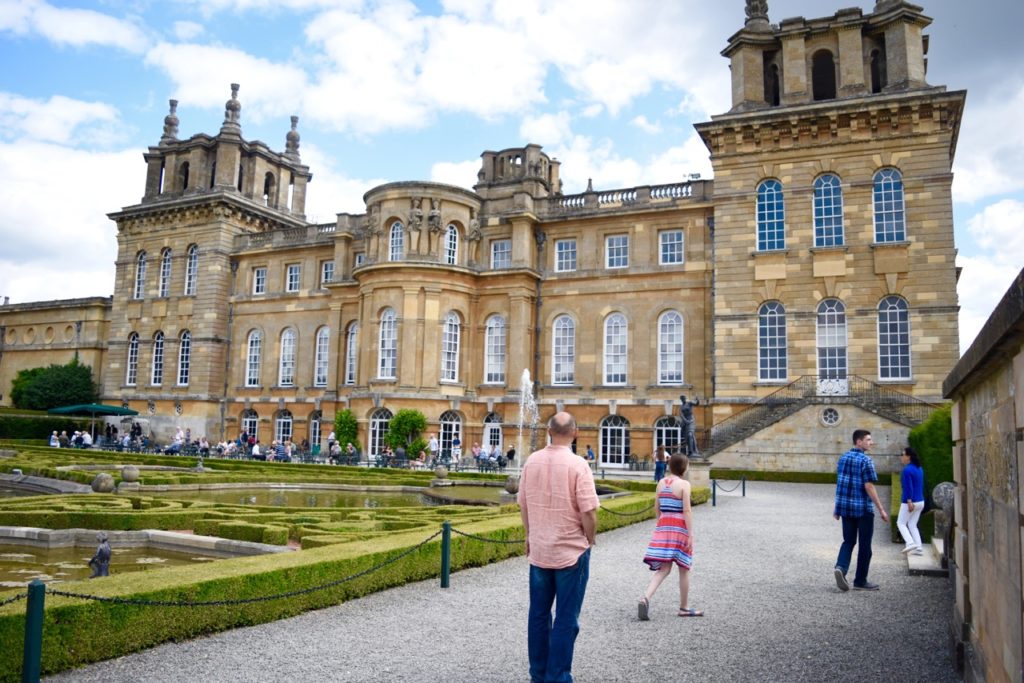 5. Winston Churchill was a romantic. We spent several hours visiting Blenheim Palace, the home of Churchills since Queen Anne built it for John Churchill, Duke of Marlborough, in the 1700’s.  The home itself was beautiful, as palaces tend to be. But the expansive grounds were singularly unparalleled. My favorite part of the property was probably the rose garden, which held nearly every color of rose imaginable. Positively breathtaking. 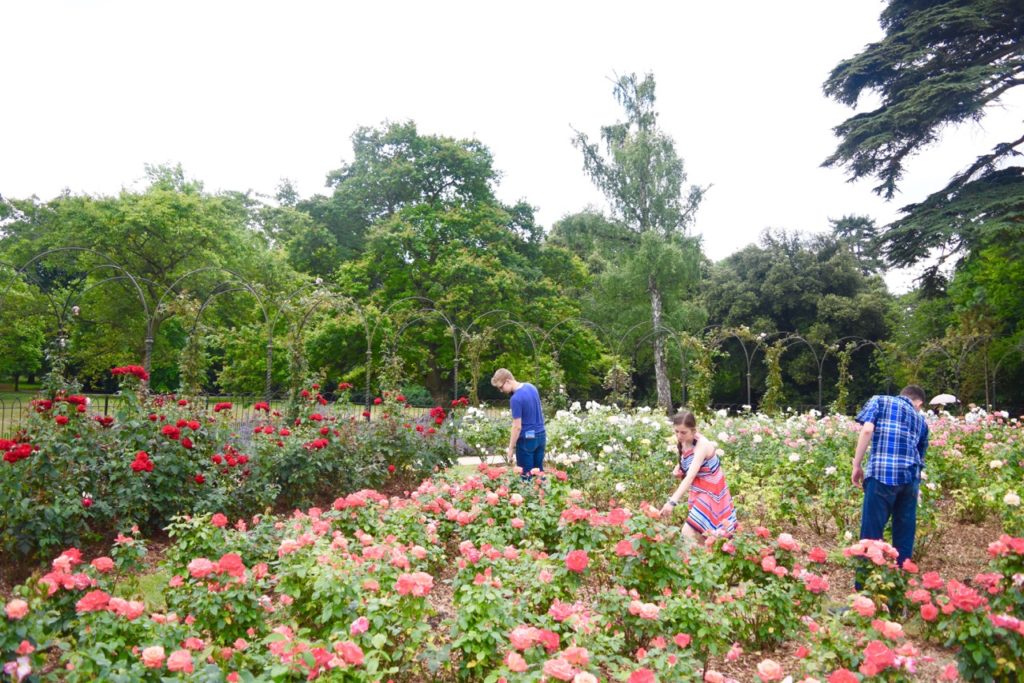 However, my favorite thing seen at Blenheim Palace was this quote by Winston Churchill,

“My most brilliant achievement was persuading my wife to marry me…”

After all he did for the world at large, he’s most proud that his wife married him. I love it so much.

Also, touring Blenheim makes me want to re-watch The Crown on Netflix. 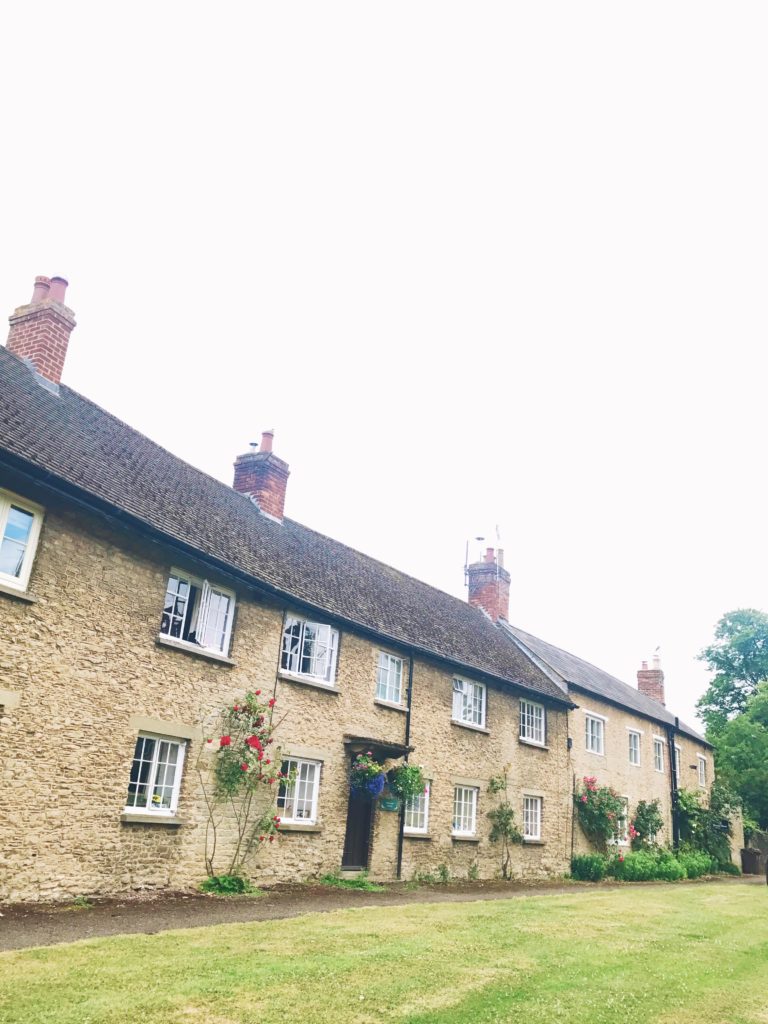 6. As much as I loved touring the castles and palaces, the simple village homes were my favorite. 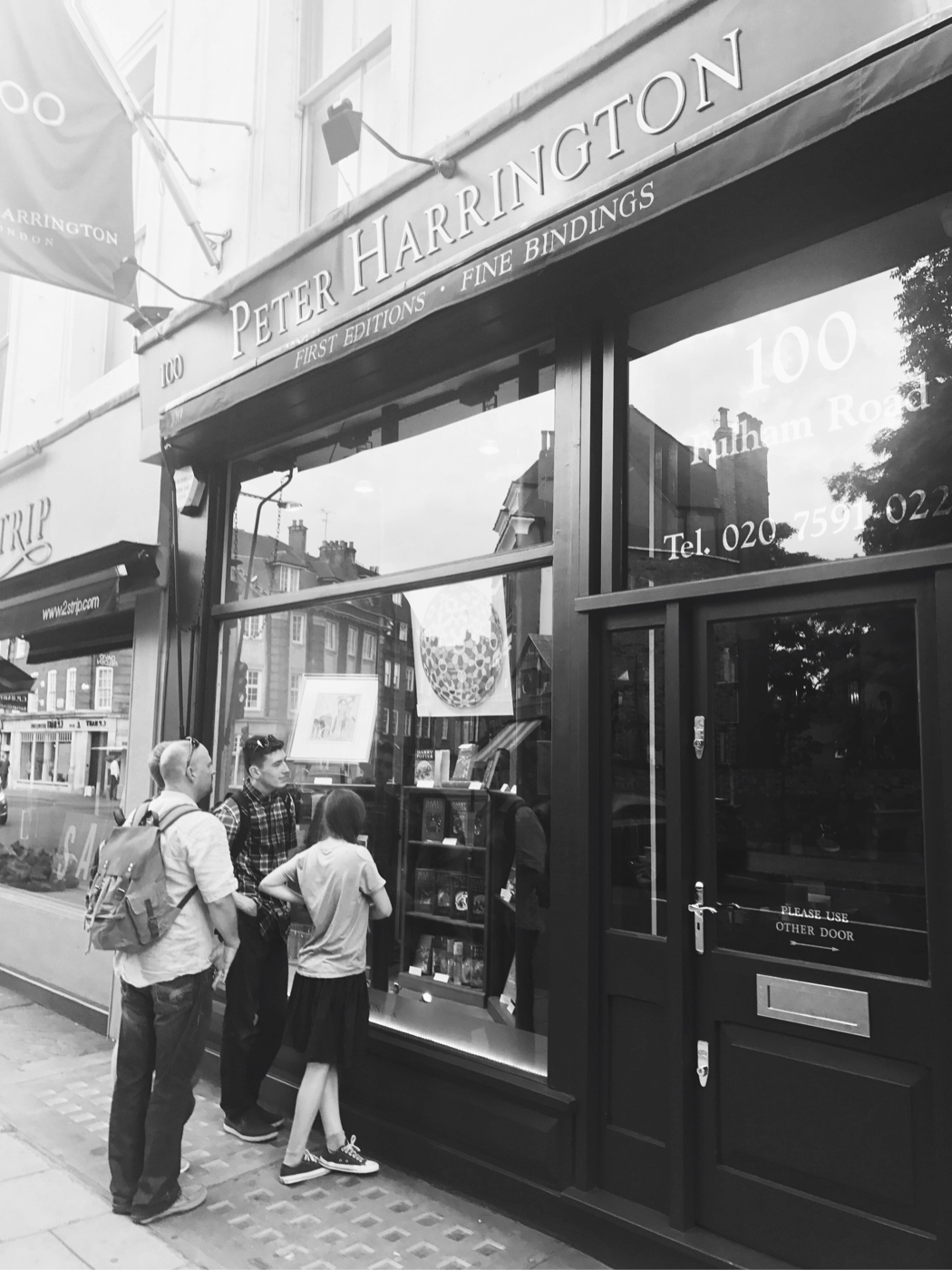 7. England has a bookstore on every corner. I assumed it would be a literary place, but it was more so than I even imagined. Stores selling new books, used books, special or rare edition books were everywhere, and our family ate it up. I found a copy of Dickens’ The Pickwick Papers published in 1870 for only £5. Yay! If only that first edition Harry Potter series hadn’t been £12,000.

8. Pimm’s is everything one could want in a summer drink. If you like Sangria in the summer, you’ll love Pimm’s. Just add it to your lemonade with some fruit and mint leaves and viola! Summer in a glass. 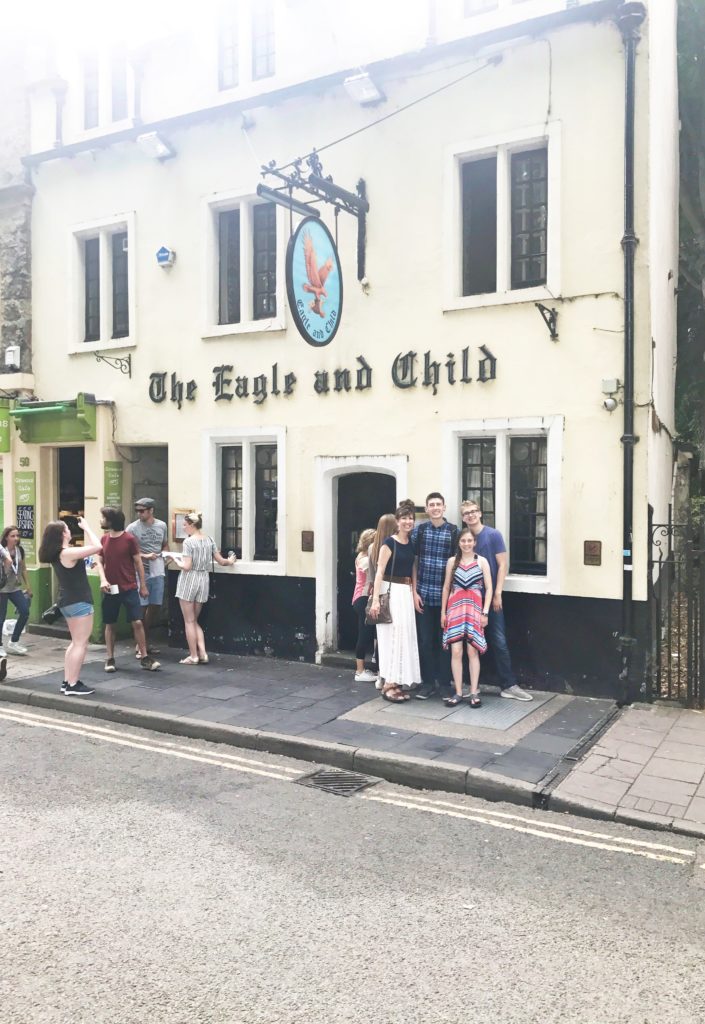 9. Dining in the UK and Ireland is ex-pens-ive. Most pubs and restaurants seat fewer people, and a meal there are an hours-long event. With little table turnover, the prices are higher. I expected this in London and the bigger cities. However, we stayed in some off-the-beaten-path towns that weren’t touristy, and the meals were still expensive. While it hurt to shell out the money, I enjoyed the slower pace of dinners, especially since we were on the go most every day. 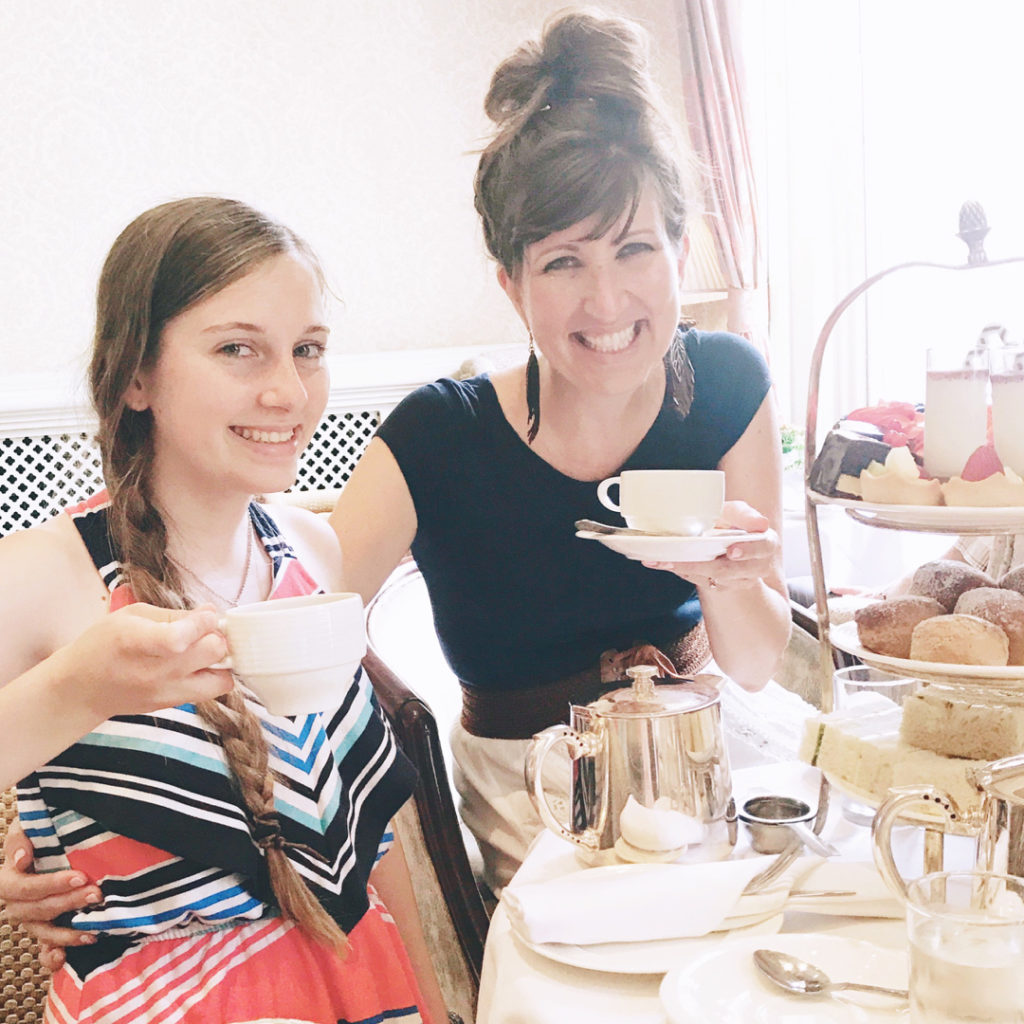 10. Tea really is served everywhere. Since I’m a tea lover, I was thrilled that every place we stayed offered it in abundance with shortbread cookies or scones. My husband the coffee drinker was a little less thrilled. But he did mention that coffee could be more readily found now than when he was stationed in the UK 25 years ago. 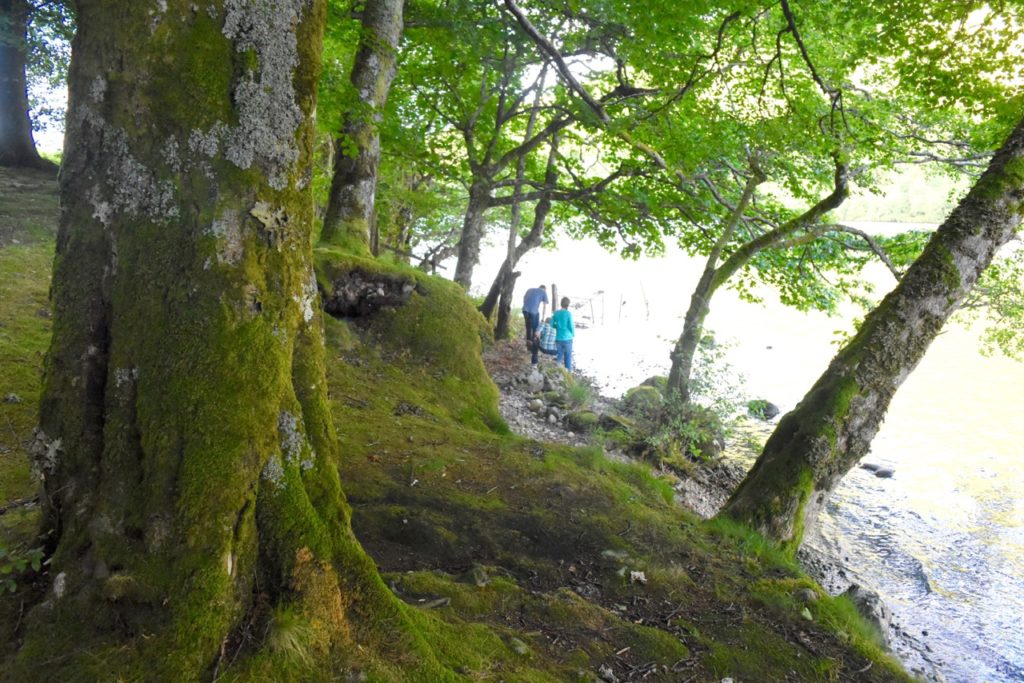 11. The countryside of Scotland and Ireland looks like God laid a thick layer of dense green carpet over the entire landscape. Their mossy grasses are like nothing I’ve seen. 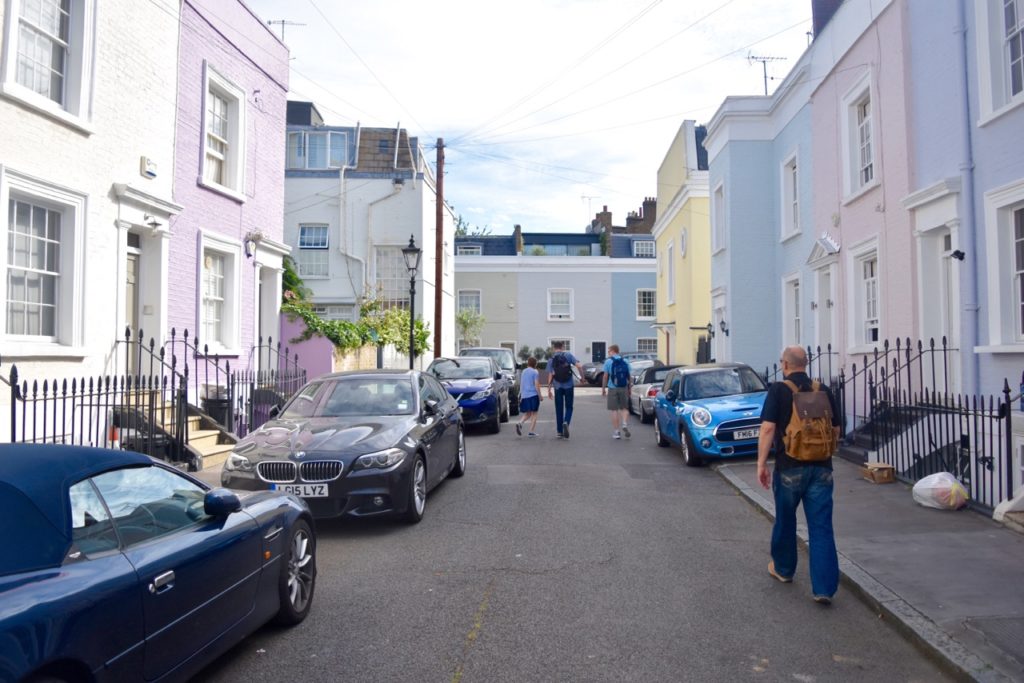 12. Neutrals are boring. When it comes to home decorating, I’m a neutrals loving girl, but our time overseas has me thinking that is dull, dull, dull. (Also note how in London, street parking is really sidewalk parking.) 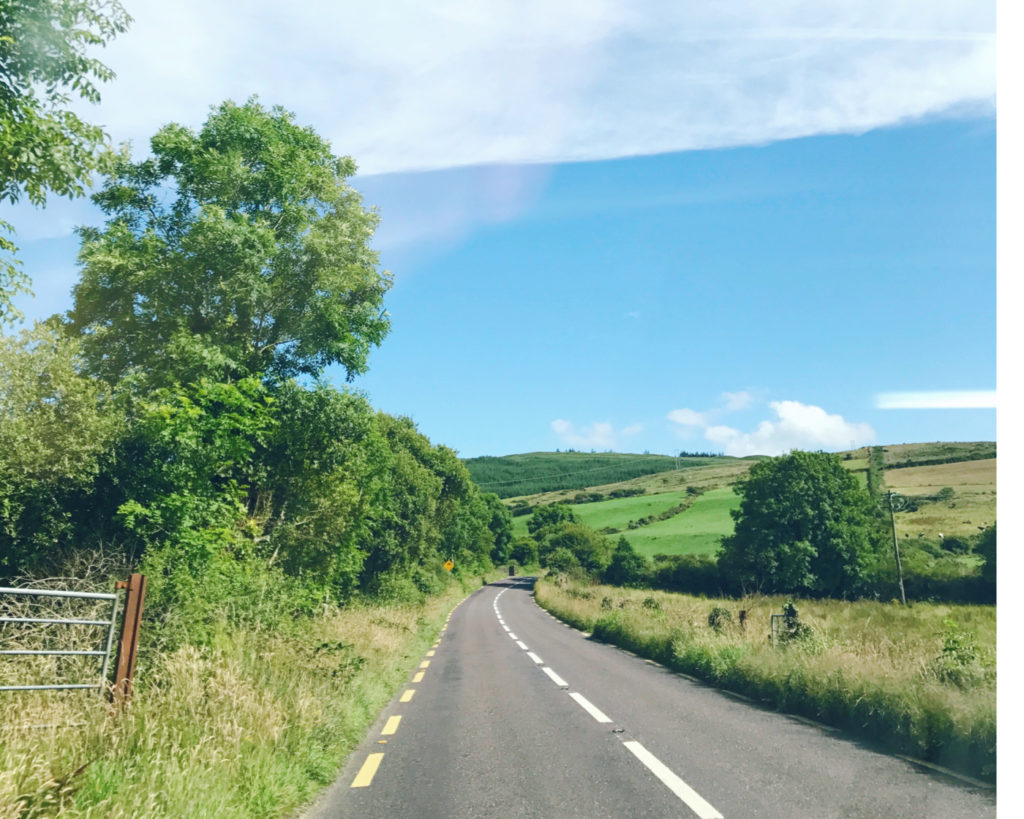 13. The roads of Ireland are crazy and terrifying and fun. Since my husband was stationed in the UK as a young’un, he was very comfortable driving on the left hand side of the road. England? Scotland? No problem at all for him. He maneuvered roads like a boss. (I, on the other hand, would have to cover my eyes every time we entered a roundabout and turned left instead of right.) But y’all, driving in Ireland is not for the faint of heart. The roads are narrower with hedgerows that butt up to the road. As in, the tree branches brush your car as you go by at 100km/hour.  My man still did great, but I noticed a white-knuckled grip on the wheel that wasn’t present in the UK. Heh. You can watch a short video of our drive here. 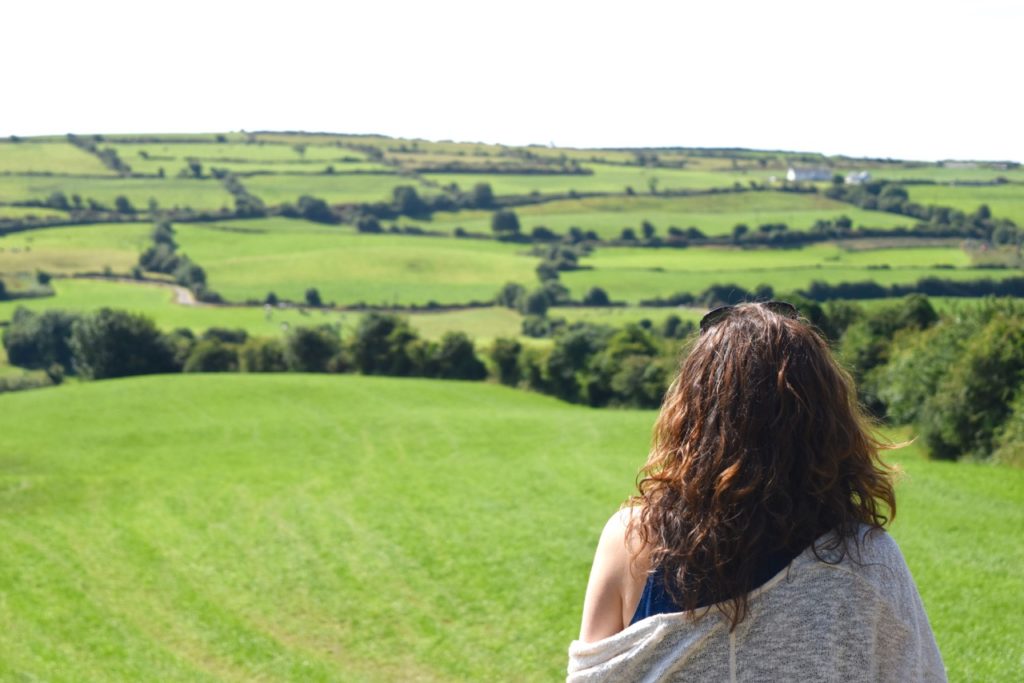 14. My great-great-grandparents came to America from County Cork, Ireland. I actually discovered this before our vacation, and this is why we spent the majority of our Ireland time in Cork. But it was lovely to learn more about the area and to see its jeweled landscape with my own eyes. 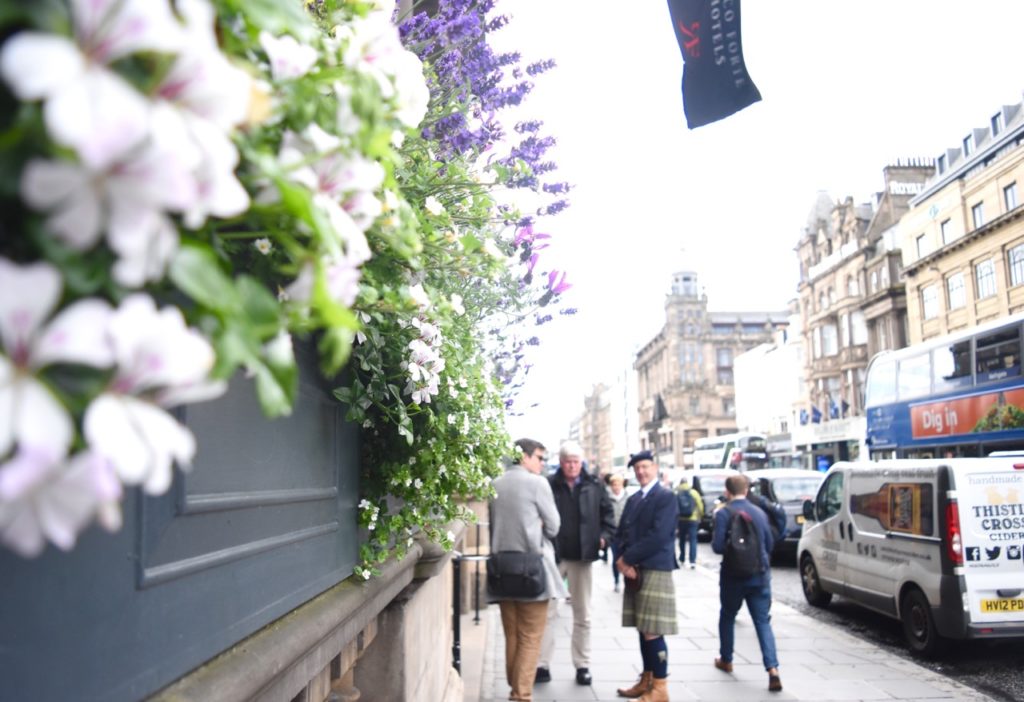 15. Edinburgh is much smaller than London. I really assumed it would be similar in size, and I’m not sure why. Because it’s the capital of Scotland, I guess? Edinburgh was cute and charming with cobblestone streets and an abundance of wool and plaid. It was also damp and cold..and beautiful. 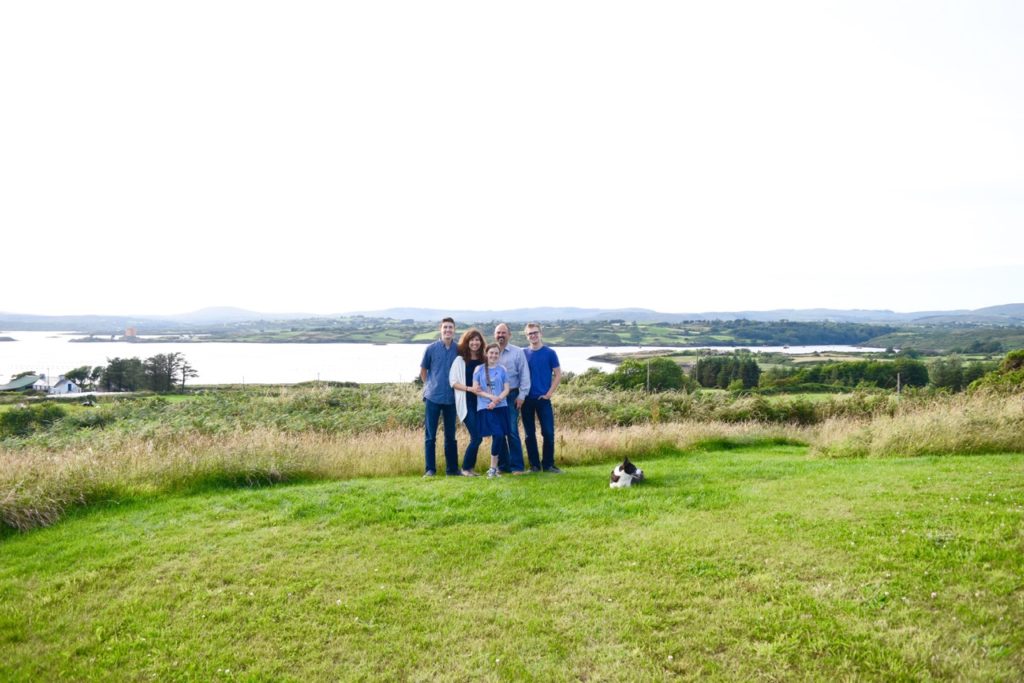 16. I wanna go back. As thrilled as we were to get home, we saw enough to know that Lord willing, we’d love to go back sometime. I don’t know if that’ll ever happen, but it’s nice to know that if the opportunity ever presented itself, we’d want to take advantage of it. 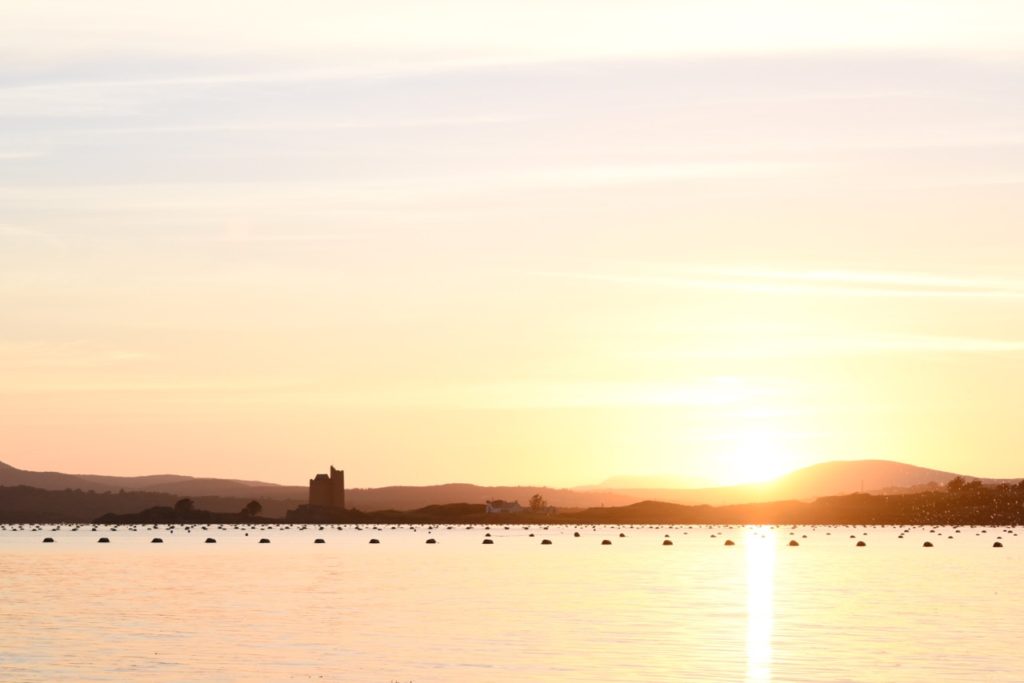 Have you learned anything particularly noteworthy while on vacation (or on a staycation) this summer?

Take care, dearies, and happy summering (even if school has already started for you like it has for us). I’m holding onto summer as long as I can.

« On Home and Travel
When Unity Is Not Our Reality »