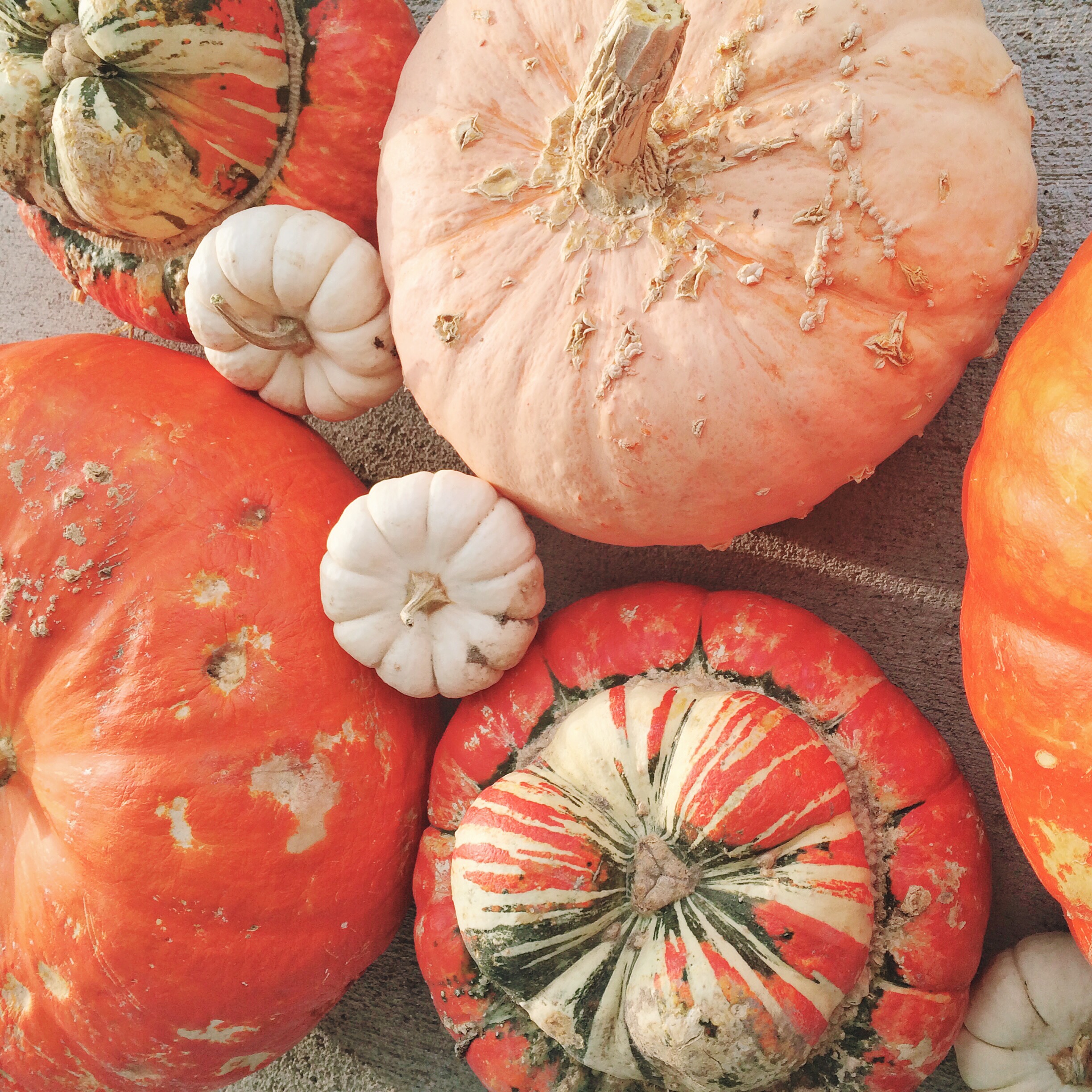 On a recent trip to my local nursery, I found a peachy-pink, warty pumpkin like I’d never seen. As I eyed it, an employee of the nursery came up and told me that particular pumpkin is known as an heirloom French pumpkin. (Oh là là!) The interesting thing about this variety of pumpkins is that while the warts make them less attractive on the outside, they make the pumpkins sweeter on the inside. The more lumps and bumps, the better the pumpkins for making pies.

Picking up one of those warty, fancy French pumpkins to take home, I thought about how it just goes to show the way something looks on the outside isn’t necessarily the way it is deeper down.

Of course, this isn’t a revolutionary thought, but it is something I’ve been thinking more about lately. Just like we might judge a pumpkin by its outside appearance, we might do the same with people. It’s so easy to look around at someone else’s family or work or even their looks and if by appearances they have it together, then we assume everything in their life is easy-breezy. Well, they’re doing so well because they just have their act together, we might say.

If there’s one thing I’ve learned in my 41 years of living it’s there ain’t  a one of us that has our act together all the time.

Recently, we took a weekend trip with family-friends to the mountains. These friends are some we originally met through mutual friends 15 years ago but never got to know in earnest till we reconnected more recently. My family and theirs shared a beautiful, spacious condo near both mountain trails and the town’s Main Street. The whole weekend was fantastic–a great blend of family time and building friendships with some Colorado beauty on the side.

Now, I will tell you that if Rusty, Aimée, and their kids had any notions of the Strongs’ life being sparkly clean before the trip, they didn’t afterwards. In our time together, they witnessed 2 of my kids repeatedly argue, one kid snap at me, me get defensive in return, my husband get cranky with me and me dish up a plate of cranky right back. They saw me in all my crazy hair and flannel pajama glory.  They saw me lumber out of the bedroom when I overslept instead of helping them make breakfast like I said I would. (I did, however, help them eat it, and it was gooood.) This family witnessed some real, unedited Strong action–the good, the bad, and the ugly. When you’re all under the same roof, you can’t help but see under the outer layers of real family life.

So if your only glimpse of someone arrives during church each Sunday or at that work conference or (better yet) on a computer screen in thumbnail-sized graphics and 140 character bits, then you only see a pin-hole-sized speck of the whole picture.  There’s no way to peek into the mix-bag of emotions, circumstances, and realities of a person’s life without a 360 degree view with that person, or at least with more than what you get in short real-life or online encounters.

So as our real-life and online circles widen and deepen, let us be friends who are for each other. And may being for each other look like this: Anytime we are tempted to resent someone–to feel small (or smug) because of what we think we see–let’s instead stop and throw out a prayer for that person. Because whether she is a little warty on the outside or smooth and wrinkle-free, you can bet she has some real deal struggles.

And could use our real deal support.

A different kind of genuine support for you: Would you like to do a little shopping at Barnes & Noble courtesy of my kind publisher Revell? Or get a head start on Christmas shopping? If so, you’ll love this giveaway for a $50 Barnes & Noble gift card. 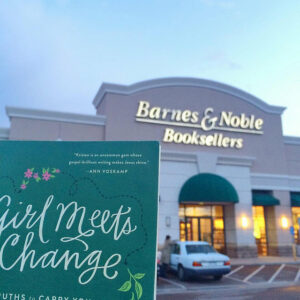 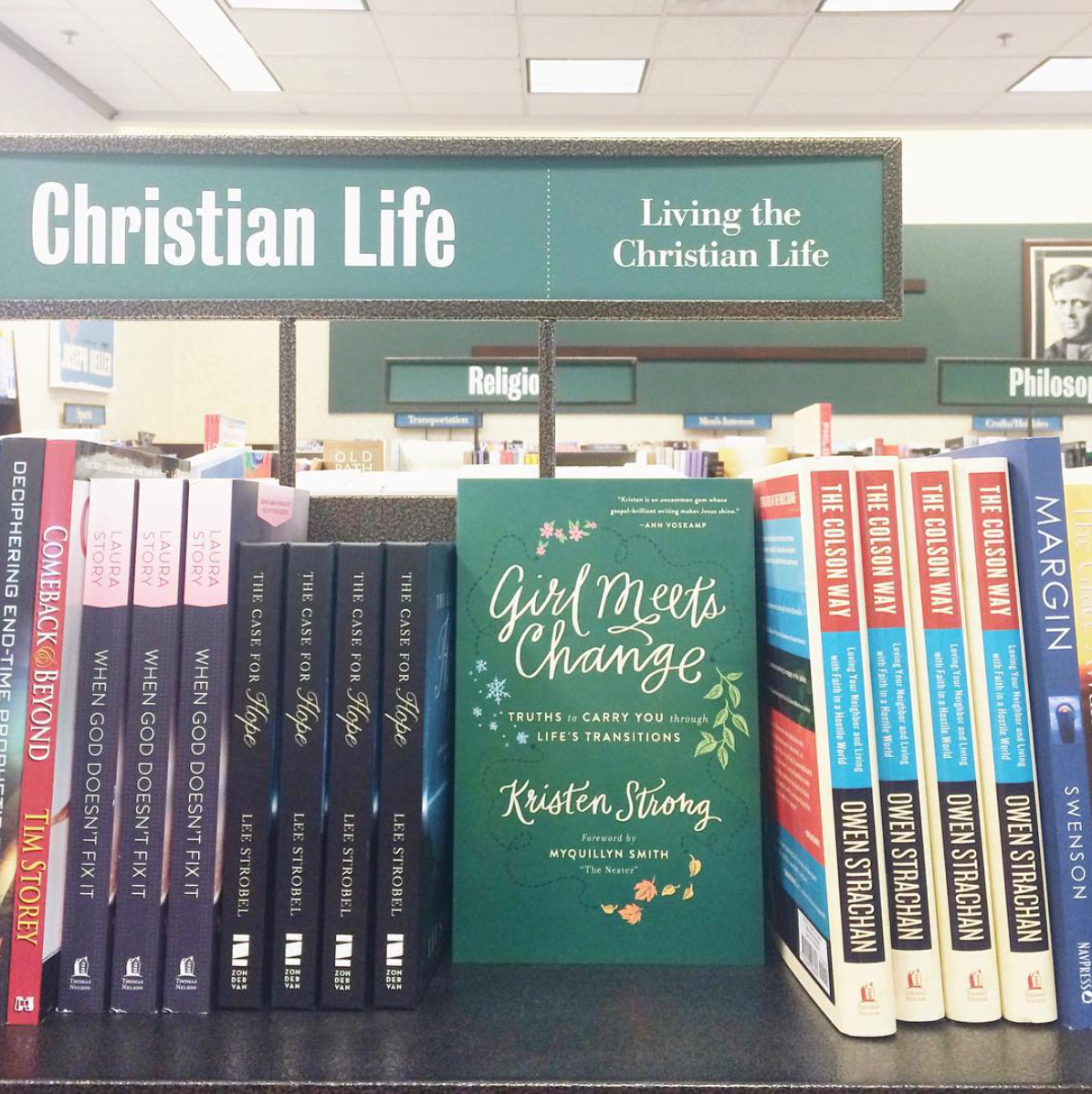 To enter this giveaway: Just take a picture–any picture–of Girl Meets Change at Barnes & Noble. You can take a picture of yourself with the book in the store (super love), a picture of the book on a Barnes & Noble shelf, or a picture of the book with the store in the background. Any picture will do–as long as it has the book in or outside the store. Tag it with #GirlMeetsChange as well as #barnesandnoble and post it on instagram, facebook, and/or twitter. One winner will be chosen from all entries to receive the $50 gift card next Tuesday, October 20th. Yeehaw!