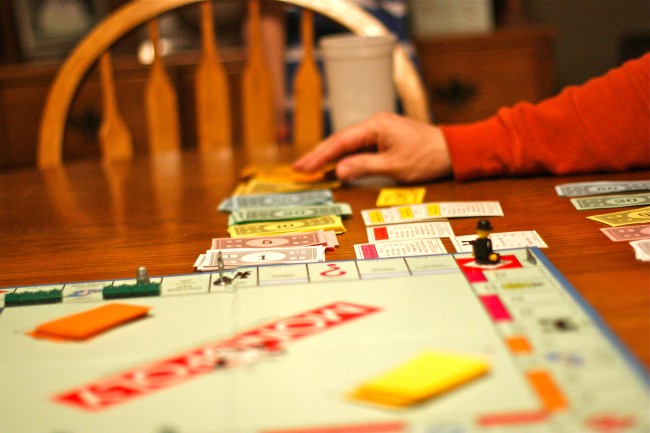 Our pastor said it last Sunday: “All that matters in the end – what you see around the deathbeds – is how well someone loved.”

And my mind goes to Marie O’Neill, a woman who was never listed in any Who’s Who of anything on earth, but she was one of the most successful people I knew.

For over fifty years, my Grandma Rea lived in the tiny white clapboard house, the dot at the end of a long dirt road exclamation mark in Osage County. She had only granddaughters and treated us all like favorites, indiscriminately dishing out love like homemade sugar cookies and cinnamon rolls from the oven.

She used words for love all the time. But whether we watched My Fair Lady for the three hundred and thirty-second time or danced to Frank Sinatra or played with babies or baked and baked and baked in the kitchen, she said this a thousand more times through her actions:

I love you, Kristen.

She died a few years ago and left a miles wide legacy of love.

As I dive into the book of John, I read Jesus’ command for His people to love one another. But he doesn’t stop there. Over and over he says whoever has my commands and obeys them, he is the one who loves me.

When people of action speak, we listen. And when people of words act, we are inspired. And when we find a way to imperfectly do both, we find success.

If you saw Mr. Holland’s Opus, you know He felt himself a bit of a failure for never publishing his one great musical masterpiece. So when his day job – high school music teacher – ends after thirty years, Mr. Holland wonders if large portions of his life have been misspent.

On the day he packs his office to leave, he is surprised by hundreds of former students who prove he indeed did leave his mark in the world.

“We are your symphony, Mr. Holland. We are the melodies and notes of your opus. And we are the music of your life.”

Mr. Holland etched his mark on soul after soul through words and action. And after decades of investment, he found a symphony composed, a symphony of success.

{You tube is not cooperating with me , but if you’d like to watch the scene in all it’s mid-90’s glory (oh the boxy, way-too-big clothes!) click below.}

No matter the ladders we climb or the medals we grab or the goals we reach, the only success that counts at the chapter’s end is the love-in-action story told through people, the mark we’ve left on eternal hearts and souls.

Under my roof and in my life, may I leave a legacy of love. And in the love, success.