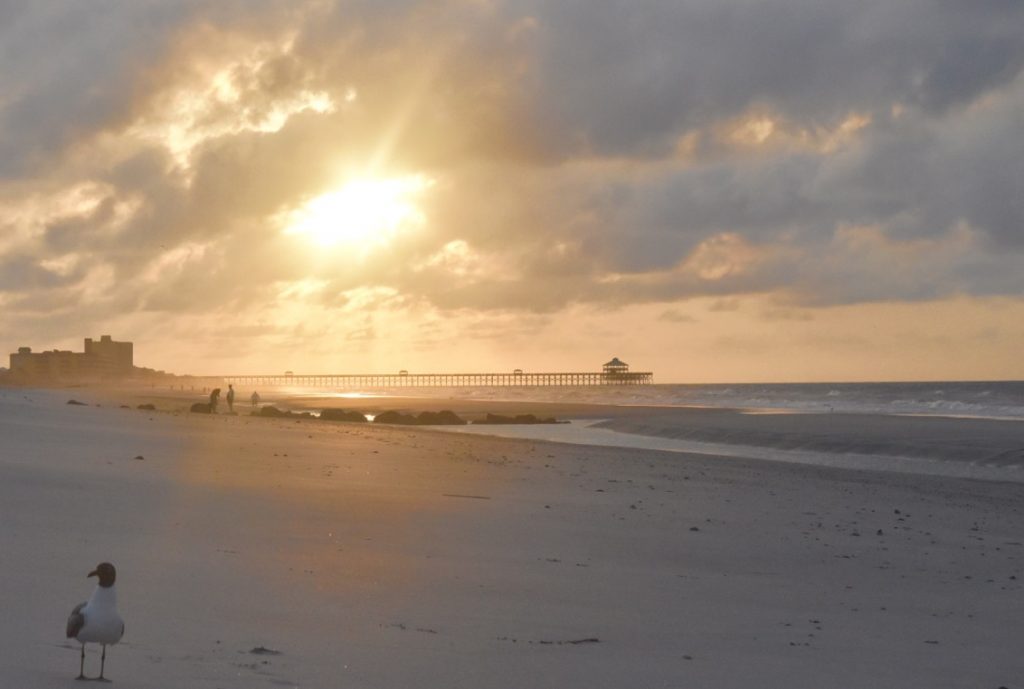 Several months ago, I wrote about my struggle with fear on several fronts. Releasing a book found me “out there” to a greater degree, and while I don’t exaggerate my visibility or recognition, I still found myself afraid to be more fully seen. Then there’s the fact that raising 3 teens is chock-full of scary possibilities. Other circumstances poured into the fear-cocktail too. And while I can honestly say I originally hit these challenges with courage head on, as the battles persist, I’ve become bone-weary in the fight.

I know the way to stop unraveling into the fear is by folding myself into the gospel. And as I’ve sat with Jesus, He reaffirms that it’s okay to live from how the Creator made me and out of His love for me.

But as is the case with much in life, problems don’t disappear overnight. More often than not, we don’t get over them. We move through them with slow, persistent work.

And in this middle place of working through something—in the space between moving courageously and waiting for something to change—you can lose your gumption.

Hope gets buried beneath 50 layers of defeated thinking, and you’re sure you’re making all the wrong moves.

I’ve been there, and as I read through Exodus 14, I see Moses and the Israelites have been there too. In this passage of Scripture, Pharaoh had just freed them from captivity, and the Lord then leads Moses and His people onward and away from Egypt. But sometime shortly thereafter, Pharaoh changed his mind and goes after God’s people. As the Israelites camped near the Red Sea, all of Pharaoh’s army barreled down on them. When the Israelites saw them approaching, they were full of fear and began questioning every move that brought them there. Moses spoke up and said,

And then the Lord unzipped the Red Sea’s waters so that the Israelites could cross. Once they reached the other side unharmed, He brought the waters back together again over the entire Egyptian army.

The Israelites were scared, yes, but they leaned into that promise: The Lord will fight for you.

And they moved forward.

I don’t know the details of your circumstances or situation, but if you’re plumb haggard and fear is making you question where you’re at right now, please hear this:

Keep on keepin’ on. You’ve got this.

Follow me over here for more encouragement as you walk through and work out life’s middle places?

« Good Things
What I Learned This Winter »