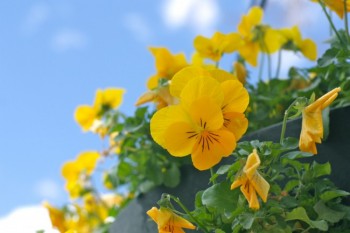 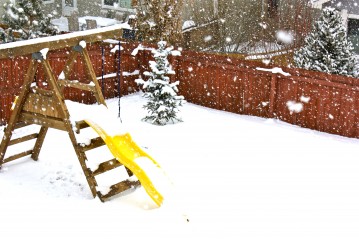 Excuse me for being a little down today, folks, but the last 24 hours have brought me some extreme weather whiplash and I am not. a. fan.

Snow in April: now, that just ain’t right. {But I’m gonna whisper this complaint because we’ve been known to get snow in May and – whimper –  even early June.}

I know a lot of places like to claim the if-you-don’t-like-the-weather-then-wait-a-minute-it’ll-change mantra, but I’ve never lived anywhere that does this in style like Colorado.

On a similar but different note, we were supposed to move this summer, but it turns out we are officially staying put. So far, I’ve only experienced one downside to this change of events. When the calendar turns to a move year for our military family, Uncle Sam pretty much forces me to declutter. So while I know I have to do it myself this year like a big girl, I still need extra motivation to become the boss of my own drawers and closets.

Like a beacon of sunshine on a spring-winter day, Tsh’s Project Simplify gives me this motivation. With an approach much kinder and gentler than Uncle Sam’s, Tsh rallies her troops to declutter and organize one household hotspot per week for the month of April. This year, she encourages us to clean out neglected drawers and shelves, closets, piles, and unfinished projects. I am joining forces with her because in my book, it’s an easy way to do the before-the-move cleaning without having to, ya know, actually move. 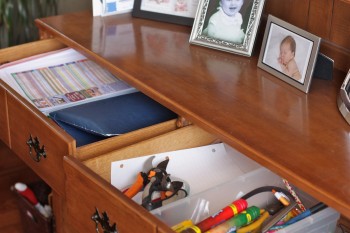 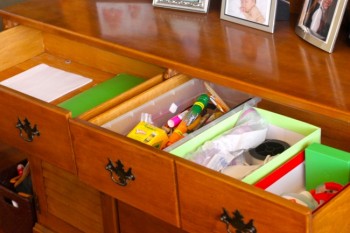 Here are a couple pictures of two drawers, before and after. Most of the work was in going through lots of old papers and finding containers to better organize all the loose tape, glue, and other crafty things. {Hooray for saved shoe boxes!} The difference may not be profound, but my recycling bin is a whole lot fuller than it used to be. Also, because these drawers alone took less than an hour to go through, I am motivated to keep on cleaning.

Sometimes good change chisels it’s way slowly through months and years, one square inch at a time. Other times, good change happens faster than you can say holy blizzard in April.

So, are you in for a little easy change today?
{And for more advice on how to simplify easily, check out Tsh’s awesome book, Organized Simplicity.}