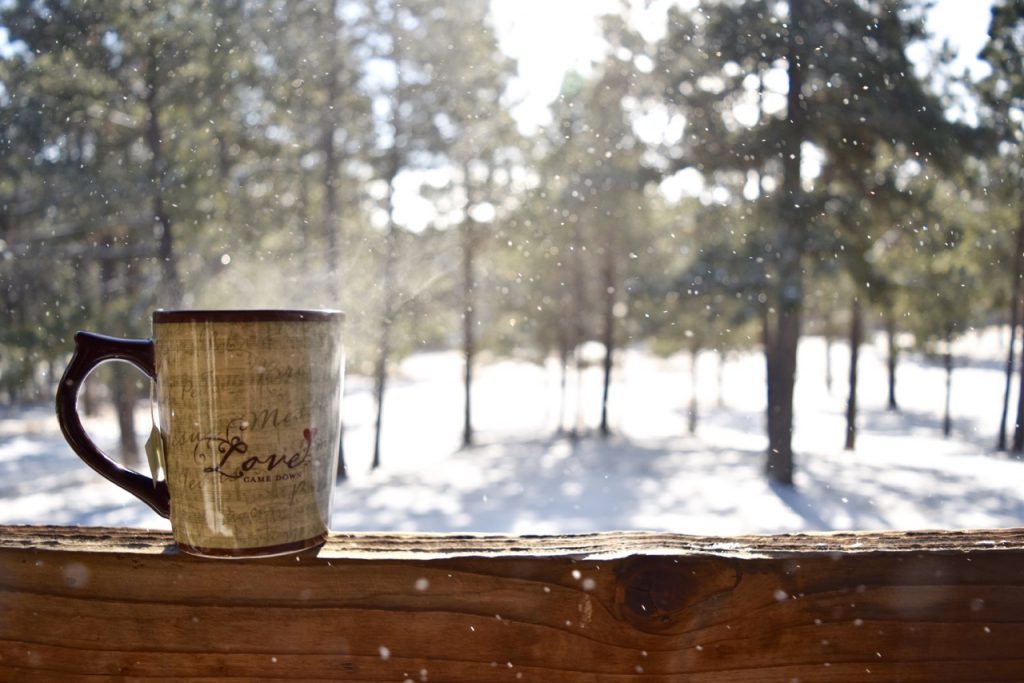 As an upper elementary and middle school kid, I played softball. Or rather, I tried to play softball. I quickly discovered my talents didn’t show up extraordinary in that sport, unlike my sisters. Both of them were terrific softball players, as is testimony to their primo field positions of pitcher and first baseman. Me? I was always in right or left field; whichever position typically gets the least action. That worked for me because I dreaded the ball coming my direction anyway. When it did, I could never figure out what to do with it. Throw it to first base? To second or third? To the pitcher or short stop? Between the bat connecting with the ball and the ball connecting with my mitt, everything moved so fast, except for my brain. I couldn’t keep up with the pace, so I never knew where to throw the ball.

Not surprisingly, I spent more time on the bench than the average team member. That was fine with me, however. I usually found myself more engrossed in the sunsets beyond the field than what happened on the field. However, I always enjoyed watching the game from the creaky metal bleachers in the stands, especially as my sisters or cousins played. I could holler and cheer for them like an MVP.

I guess you could say time revealed I was more comfortable swinging a pen and pitching out words. But as you know, this is a season where I’ve found myself benched from that, at least to a certain degree. First, our moving into a home under construction that gobbled up my creative attention. I discovered it’s hard for me to be creative when I’m neck deep in change. But now our inside renovations are complete, and my husband and I moved into our own master bedroom a couple weeks ago. (All the praise hand emojis!)

Within days of settling into our new room, something happened to bench me once again.

If you follow me on instagram, you may have seen that while in College Station, TX with David and my son James, I managed to trip and fall at the A&M stadium. I fell hard and fast, past a couple of rows of concrete seats.

Ya, it’s undeniable: I’m all poise and grace.

Landing on my arm, I dislocated and fractured my elbow. I’ll not soon forget the sight of my left elbow with bone sticking out under the skin where God did not intend it. *Shudder.*

Let me just add that after I fell, so many people jumped up to help David and me, including the fellow I landed on like a ton of bricks. (So embarrassing.) (Hangs head.) While at my worst, how incredible to have people—strangers!—offer their best. This includes the staff at St. Joseph’s in Bryan, Texas who sent me out their double doors with a realigned elbow, a cast, and some good pain meds. 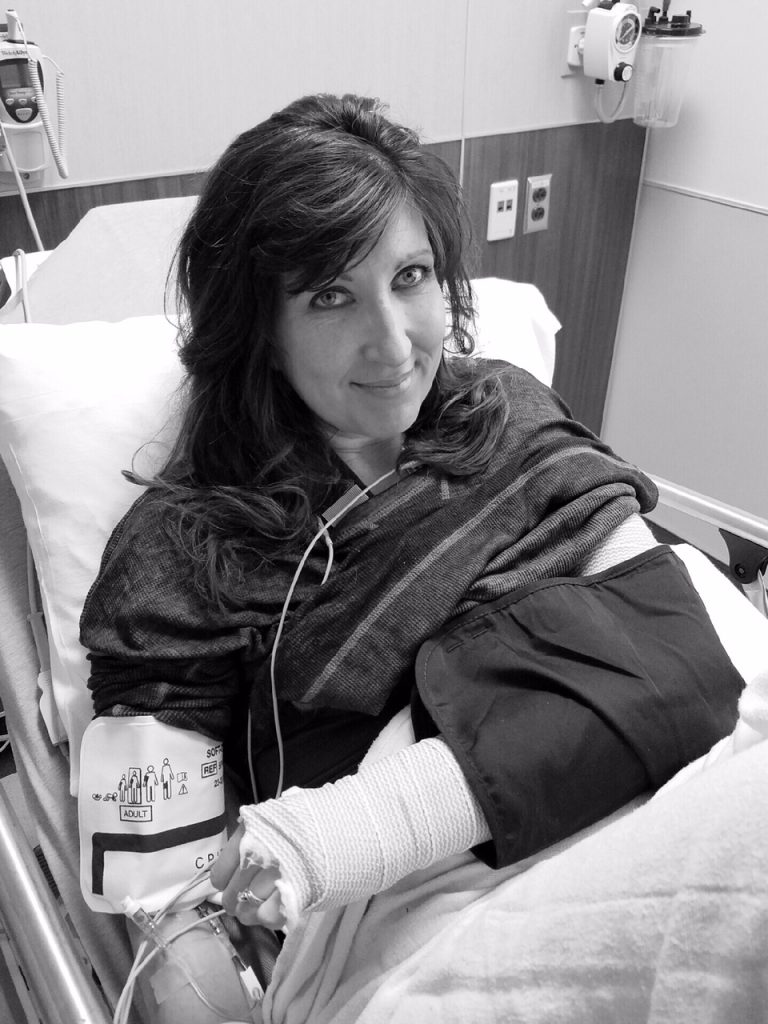 As of now, I can type for short periods of time since I no longer wear the cast. (They don’t cast broken elbows beyond the first several days so the elbow doesn’t get stiff or “frozen”). My arm still aches if I type for any length of time, but physical therapy is helping with that. Also, I can drive short distances and mostly dress myself, which is an improvement from the last couple weeks.

“Do something, produce, perform, earn your keep. Don’t just sit there. It may be good and well for Mary to offer space in herself for God to dwell and be born into the world, but few of us possess the radial belief such recollection requires.

“What matters in the deeper experience of contemplation is not the doing and accomplishing. What matters is relationship, the being with. We create holy ground and give birth to Christ in our time not by doing but by believing and by loving the mysterious Infinite One who stirs within. This requires trust that something of great and saving importance is growing and kicking its heels in you.” ~Loretta Ross-Gotta, The Light Within

Much as I wouldn’t have chosen a broken elbow, I see ways it really is holy ground where Christ loves on me so tenderly. But rest assured this “bright side” view isn’t because I’m all that illuminated. Rather, it’s because God has used this experience to hold my chin in His fingers and look me in the eye. Having my undivided attention, He says very gently but firmly, “Listen up, and trust up too.”

I am to remember productivity takes many shapes and forms and trust that something of growing importance is growing on the inside of me.

While sitting on my favorite corner of the living room sofa recently, I sensed the Lord tell my heart that like the benched girl in the softball game, I’m not so much out of the game, but rather participating in it in a different way.

It’s productivity in a more being way than a doing way.

I am a natural encourager, but right now I’m encouraging from the sidelines, and in closer proximity to those people in my home and community.

Even as this is true, I can’t tell you all the kind ways Love has come down and settled next to me and my bum elbow. The moment we stepped foot through our front door after flying back from Texas, our senses were saturated in the most delicious smelling soup made by our friend Aimée. Breathing it in made me tear up, and I couldn’t thank her enough. She responded, “Oh, it was no big deal.” But I knew otherwise.

Our small group at church brought more meals too. Over Thanksgiving, my husband and visiting mother-in-law cooked up a storm, and I got away with more eating than cooking. Allison helped me decorate for Christmas. Other family and friends kindly called and texted and prayed for me. And many of you sent prayers my way too.

I’ve been benched, and it’s a humbling thing. But I’m learning how my limitations burst the balloon that says things will fall apart if I’m not holding all the pieces. I can be a little martyr-y and think that way. Turns out the important things keep on keeping on whether I’m able to choreograph everything or not. Turns out the unimportant things drift like snow to the ground, and God still working out His plans for me and my people whether I’m super hands on or not.

“We aren’t merely called to get to know Christ; we are called to participate in complete union with Christ.”  ~Ann Voskamp, The Broken Way

The longer I live, the more I see how the biggest things—the best things—come disguised as small things, and it’s those small things that give value to a life. Christ is found in the lower and lesser things, not the fancy and flashy. He came to earth as a tiny, helpless baby, for cryin’ out loud. So I tank up on pleasures like curling up next to my daughter to watch Heartland or the feel of my hand in my husband’s or the solid encouragement received after a coffee date with Salena.

And no joke, this woman hath no greater joy than managing laundry with two hands rather than one. Amen and hallelujah.

God is never holding out on me, on you. Not even from the benched position. He is found in the broken things, and there’s always a reason to give thanks. I’m thankful that God won’t let a broken elbow go to waste. I’m thankful for all the ways Christ is near because of my broken elbow.

In our own sideline seasons, may we each count the ways Love comes down and speaks to our hearts.

And if we’re sitting on the bench, may we be that Love for another—the loudest one in the stands.

Watch for the Light: Readings for Advent and Christmas by Bonhoeffer, Dillard, L’Engle and others. My morning reading for this Advent season. I love learning from this compilation of diverse voices.

The Broken Way: A Daring Path Into the Abundant Life by Ann Voskamp. As an author, I was kindly gifted with a copy of this book, but I had preordered it months before I received the gifted copy. Because Ann. And because like no one else, her words get inside me and bring me closer to Jesus.