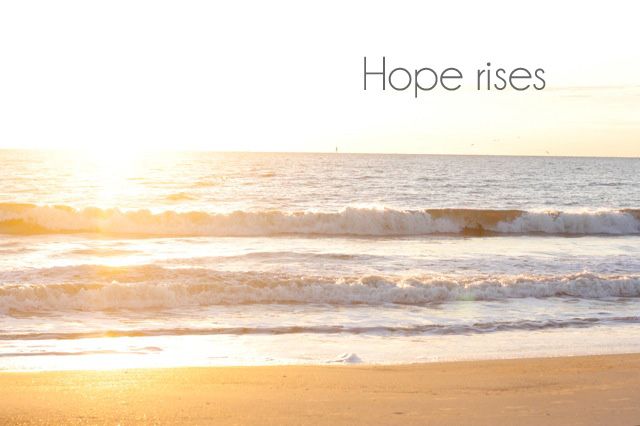 “The Resurrection of Jesus is a sign of God’s purpose and power to restore his creation to its full stature and integrity. Just as death could be seen as the culmination of all that is wrong with the world, so the resurrection can be seen as a pledge of God’s ultimate victory over the disorder which plagues his creation on account of the fall. Death is the greatest enemy, and yet death has been defeated by God through Christ. And so we are given hope that the remainder of the powers and forces that confront us are similarly being defeated and their power broken.”

In the end, we can absolutely always count on this:

« Throwback Thursday :: And Why a Picture Frame Means More to Me than Pictures
If You’ve Ever Been Bitten By Friendship (And How to Face It Again) »